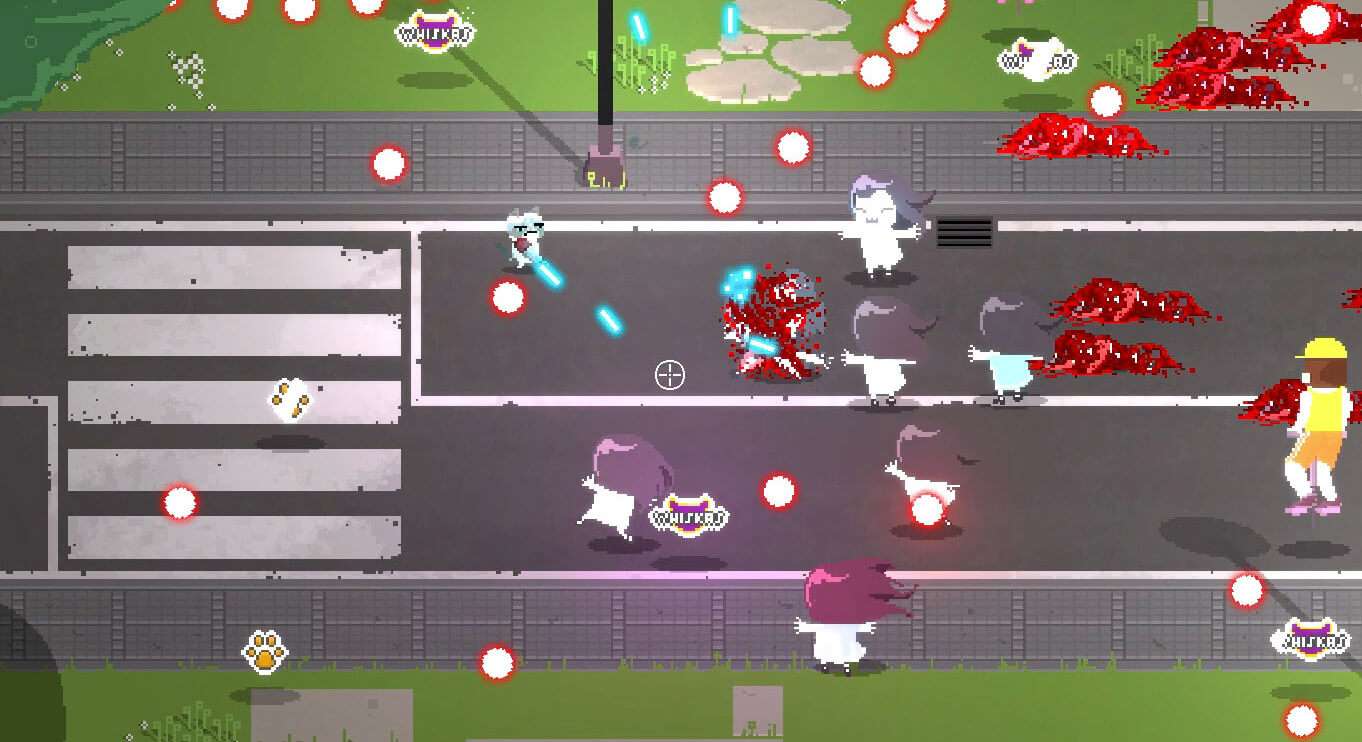 We were recently invited by a relative to the second GameJam organized by his company. Just picture all the programmers and guys from consultancy suddenly developing games. To keep people positively on their toes, he organizes these jams every now and then, and he also brings in other folks from outside the company for a bit of healthy competition. We love it.

The jam started with a simple voting round to decide on the overall theme of the games. We needed two themes and we would work from there. As soon as we sat down and looked at what the randomize page had come up with, we immediately knew what the first theme would be. The second one would be another story.

What finally turned up was Laser Cats with Reverse/Replay. They all seemed rather fun. For example, Twilight Fandom vs Bodybuilders. Gotta love that too. In any case, we were lucky with what turned out.

Thereupon, we popped down to the bars near the company and the brainstorming began. From the first moment, we knew we would build the game in a false isometric style (as in a semi aerial view but without the traditional isometric perspective). We also knew that when lasers are involved, they have to be A LOT of lasers.

Basically one thing led to the other and we decided we’d have a cat killing puny humans with a laser gun. A cat that happens to be suspiciously similar to Grumpy, but we’ll call him…Grampy, because of the copyright and all that.

Grampy would kill miserable humans by waves. The first few would appear, they would die, and then the next and so on, up to a point where the enemies would reset and pop up again with more damage resistance. You can kinda guess the rest.

The insignificant humans were to be girls, boys, nurses, and vets. Every one of them would upset Grampy in a certain way. That was the plan at least, until we heard the clock ticking and we had to settle with the girl, a boy, and the vet, and all of them rather simplified compared to the initial idea (attacks, behaviours, interactions with Grampy).

We also prepared the items and powerups that would drop to make the game somewhat less monotonous. There would be HP, damage boosts, speed boosts, invincible, weapon upgrades…

We left no time to spare, and even if we left a few important features unfinished, we managed to leave it in rather dignified playable state. We couldn’t implement controller support, the menus are a bit off, and there was no way we could have done the full animations for the vets with the time we had left.

We have learned that we have to plan a route, and have excellent timing even if it’s a 2 day project. Although we started with a more laid back approach, we quickly found out that we had to invent deadlines so we could finish a feature and move on to the next. The result was that we didn’t sleep at all, and in the end our brains were almost fried. So, the tasks for next time are to get the timing right, and try to fit some hours of sleep into the schedule.

Ultimately, the game isn’t bad, and it has its high points. Grampy embarks on an epic battle against adorable satanic girls, kids with a pogo stick, and vets that want to castrate him. Also satanic, of course.