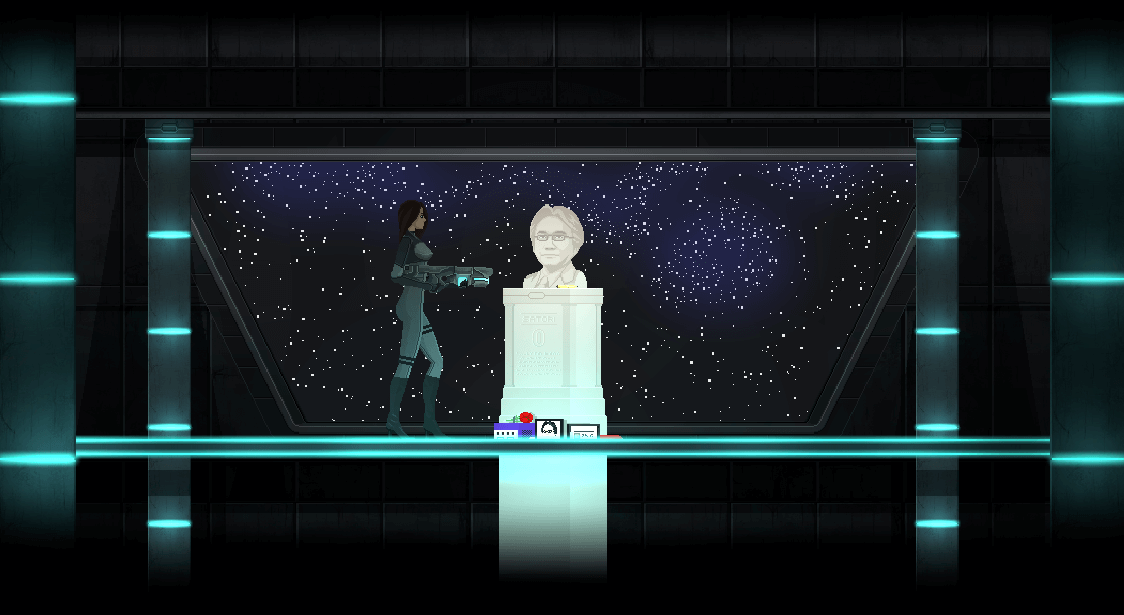 Hello again!
We’ve been rather busy these days, working hard on one of the enemies that will appear in Chosen, and some other improvements like the camera system, adding pixel perfect to the maps, ambient explosions, etc
We also have a new addition to the team…but we’ll talk about that in our upcoming post and on Twitter (@morefoes).

This post is going to be a bit about the story of Chosen and giving you guys a bit of context. What a racket eh? Nah, we believe it’s well worth it.

“A long long time ago, in a galaxy far, far away…”

Well, not really as it happens.

The story is set between 2020 and 2120 approximately, so it’s unlikely we’ll be enjoying the wonders of interstellar travel. In fact, it all happens somewhat close to home; in Mars to be exact. Honestly, Mars is a bit of a fetish for us, as it has appeared in quite a few of our biggest influences like Doom, Total Recall… need to say more?

From the third decade of the century and beyond (yep, that’s 2030), the red planet is being colonized and exploited in the hands of the Global Aerospace Federation (GAF from now on).

The origins of GAF are rather unknown, since they have gone to great lengths to withhold that information from the public, but as we progress through Chosen, the story of their shady origins will slowly unravel before us. Something that is known however, is that GAF was one of the companies tasked with sending expeditions to mars in search of any usable resources, and that in one of those expeditions, they stumbled upon something that would change the course of humanity.

It’s in 2026 when one of the expeditions formed by scientists and paramilitary organizations, that they discover Hyper Carbon. A molecular composite capable of fusing within itself, increasing fifteenfold the energy generated by fusing hydrogen atoms.

In the wake of such a discovery, a way to safely contain, harness, and apply this newfound power to current propulsion systems is developed, and new era of space navigation and exploration is born. Between 2035 and 2110, GAF devotes all its resources to harvesting Hydro Carbon, hence the building of mining colonies in every location the valuable resource is present.

This allows GAF to exert a monopoly on martian resources, indirectly placing themselves at the forefront of technological development back on earth and absorbing any company pushing to steal their crown.

That’s all great and all, but when does the shooting start?

Around 2120 everything seems to be on track for GAF, now a company that virtually rules the world, and with another planet to harvest until only dust remains, the destiny of humankind ruled by economic interests…nothing particularly different from the 20th century on that front.

This is where the story of Chosen begins to take shape. In the year 2126, a series of unprecedented attacks take place in one of the martian colonies.

Back on earth, widespread panic begins to set in, as fear of expansion to the rest of the colonies becomes a possibility. The media speaks of disturbances and rebellion, but the world has long lost its faith in these corrupt and unreliable sources of information.

These violent events hide something far more troubling than what it appears from the surface, and GAF proceeds to send out the Valkyrie, a ship commandeered by Captain Harold and his crew. Among them, Lieutenant Crash (You) is tasked to investigate, pacify, and stabilize the situation.

Nevertheless, when Valkyrie deploys into the martian orbit, they receive a transmission from the planet below that is far from the official explanation.

Obviously, we’re not going to tell you what happens next, but there will be hostiles, weapons, and blood. A lot… of blood.

Well, not really as it happens.